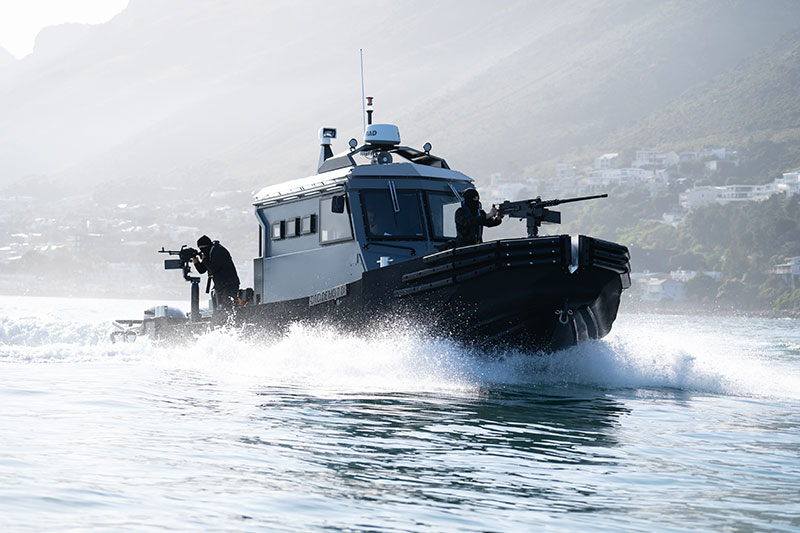 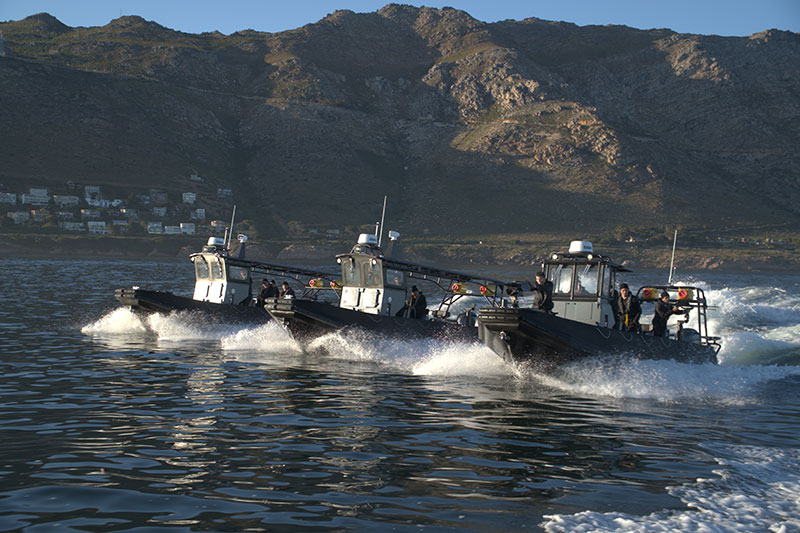 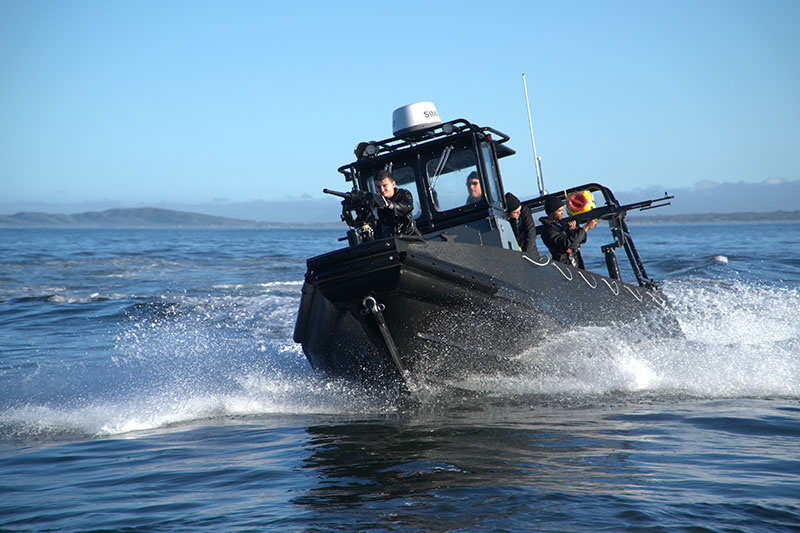 Rugged Military Patrol Boats have been designed for operations in rivers, lakes and close-to-the-shore and are used for high speed interdiction, counter-piracy and counter-human trafficking operations, as an indirect fire platform, logistic support for maritime operations and for the movement of personnel and cargo for humanitarian aid activities.

Designed for the transport of personnel and cargo where water depths are shallow the 1000 Low Draught Boat carries a payload of 1,100kg for 18 hours at a Cruise speed of 15 knots. The 100 LDB provides a robust water platform for troop transport, logistic support, relief operations and can be fitted with weapon hard points for up to 20mm cannon.

Proven in battle the 850 Gun Boat mounted with a 20mm cannon on a Bow Deck Weapon Station and two 12,7mm on Port and Starboard continues to meet the harsh demands of counter piracy interdiction operations. Powered by two 200 HP Outboard Motors the 850 Gun Boat carries a payload of 1,100kg for 150 Nm at a top speed of 36 knots making it a versatile water platform for a range of special force and marine enforcement operations. With a range of options including fold-down console for movement of boat and trailer in a C130 and removable seats for fitment of indirect fire systems the 850 Gun Boat provides a capable platform for riverine and close-to-shore operations.

Mounted with a single weapon on the bow deck the 850 Logistics Boat provides 1,100kg of logistic support to the fighting echelon. Bench seats for six passengers can be removed to accommodate bulky cargo.

The 850 Combat Boat with a payload of 1,300kg provides a water platform suitable for Infantry type riverine operations with the fighting troops seated back-to-back and forward of the driving console for easier dismounting and remounting.

The 1050 Command Boat is based on the 10.5m wide beam Rugged Boat design fitted with a STANAG Level 1 ballistic protected air-conditioned cabin, three 300 HP Outboard Motors and three weapon hard points. The 1050 Command Boat is generally used for the command of maritime operations in the fighting area. The 1050 wide beam Rugged Patrol Boat (without the ballistic cabin) with a payload of 3,000kg is used as troop transporter, logistic supply boat and personnel carrier.

This email address is being protected from spambots. You need JavaScript enabled to view it.